I’ve been making hash browns since I was a kid. But I had never been fully satisfied with the results. They always seemed too moist and gummy.

I finally learned the secrets to great hash browns, and you’re going to learn them here.

For this lesson, you will need some oil, butter, a potato or two, a grater, a colander, some paper towels, an onion, a skillet, salt and pepper, and a large plate.

Scrub the potato and peel it if you wish. Then, using a food grater, grate the potato into shreds. Rinse the grated potato in the colander under running water to keep the potato starch from turning brown, and let it drain. Peel the onion. 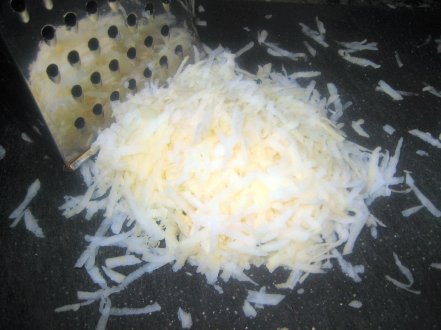 Press on the potatoes to get as much water out of them as possible, and then, using a paper towel in each hand, toss the potatoes to dry them some more. Grate some onion over the potatoes (maybe a tablespoon or more; I’ve never measured it) and toss some more.

Put the potatoes in the hot skillet and smooth them out and press them down with a spatula. Let them fry undisturbed over medium high heat for several minutes. You can peek under the edge to see when they start to get brown. After five or ten minutes, depending on the heat, they will be golden brown and it will be time to turn them. 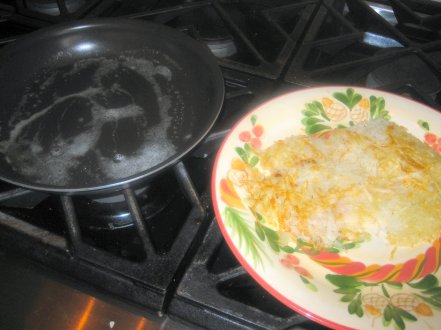 Wipe the skillet clean with a paper towel and add some butter and oil. When it’s hot, slide the potatoes back into the skillet to brown the other side. Sprinkle with salt and pepper and get ready to enjoy them.

Honestly, these are so good I often have them for breakfast all by themselves.